Kumaré – You are your own Guru? 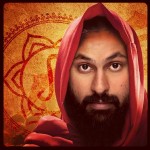 Inspired by the documentary Kumaré, we decided to have a discussion from a Christian perspective.

Let’s consider this as episode zero of a future podcast!

Vissarion the Messiah of Siberia

An ex-traffic cop is billing himself as the second coming of Christ.  He’s not the first to start a cult in Russia’s fertile ground.  It’s always been hard for me to understand these groups, and the devotion to their cult leaders:

The Siberian messiah who calls himself Vissarion, meaning “He who gives new life,” is head of an isolated religious commune deep in the birch forests of Russia. Members of the Church of the Last Testament follow the laws of the self-proclaimed reincarnation of Jesus Christ, maintaining a largely vegan diet and skipping modern medicine to maintain harmony with nature. Five times a day, believers turn in prayer toward the mountaintop where Vissarion lives. The group’s calendar even dates from the day of their messiah’s birth.

Many of Vissarion’s followers are educated people from different European countries. Some of them used to work as doctors, teachers and engineers. One was even the former Belorussian deputy railway minister.  “When I saw him the first time my soul recognized him. I could not cope with my emotions and my soul cried, ‘It’s him, it’s him. He is on earth!”‘ Galina told me.  “It was as if a flood came down from the sky and my body was shivering nonstop!” Tatyana added.

Read the rest of the article to see the extremely uninspiring interview with Vissarion.