Evangelism – Who Do We Let In The Christian Club?

“We must invite others to venture into a personal relationship with Jesus of Nazareth, no matter how tentative, no matter if all the options are on the table, and trust the Spirit to take it from there.”

Evangelical Christian culture is focused on sealing the deal with conversions. But what is a conversion? What does that mean? The standard answer would be to raise your hand and repeat a prayer: “Jesus is my savior, he died for my sins.” There’s really not much in the sinner’s prayer beyond that.

Immediately, though – after a round of applause – the new “Christian” is told there’s a whole list of doctrine that she now has to ascribe to. A list of things to believe.

As might be expected, there’s often pushback on many of the new beliefs that must be adhered to. Rules that dictate our behavior, sex lives, spending, belief systems, etc. There’s a sense that you’re either all in … or you’re out. Either you agree with us on everything, or you’re not a Christian.

If you consider yourself a follower of Christ, think of how that process happened. Did you immediately know everything that entailed? Did you agree with all that you were told 100%? I certainly didn’t.

I appreciate the sentiment that Len Sweet expresses here. Invite other people to know Jesus the Messiah. If they’re unsure, if they still hold on to other beliefs (crystals, universalism, the American Dream) – don’t shun them. Continue to invite them. Either they’ll mature in their faith, or they’ll self-select out. That work of sanctification, of conforming people into the likeness of Christ, is not our work. It’s God’s work.

We don’t convert, and we don’t sanctify. Instead, our role is to invite – and trust that He who began a good work will bring it through to completion.

Thoughts? We might say that a pastor’s role is to be a gatekeeper, and  that is definitely true. Keep the wolves out. But I’m thinking more about us giving up too easily on people who aren’t as far along their walk as we are.

What does “Missional” mean?

It’s a hot buzzword right now, but do we all have a common understanding?

Rather than offering a “correct” definition, I would appreciate you letting me know in the comments what you mean when you say “missional.” 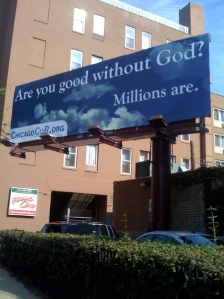 How to Witness by Paul Washer